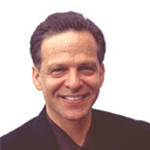 Gerald Young is an Associate Professor in the Department of Psychology at Glendon College, York University, Toronto, Canada. In addition, he is a practicing psychologist. He is the sole author or senior editor/ co-author of seven books, including on malingering (Malingering, Feigning, and Response Bias in Psychiatric/ Psychological Injury – Implications for Practice and Court published by Springer SBM, New York, 2014). For the area of psychological injury and law, he is the first to have organized (a) a scientific association [www.asapil.net], and (b) an academic journal [Psychological Injury and Law [PIL, springer.com], and (c) he has written integrative articles in multiple journals on the topic. His other areas of research include child development (Development and Causality: Neo-Piagetian Perspectives, Springer SBM, 2011) and the DSM-5 (he co-edited two PIL special issues on the topic, in 2010 and 2013). His most recent work is on revising the ethics code of the American Psychological Association (articles in 2014 and 2016). He has successfully testified in a case involving the Supreme Court of Canada on the rights of injured workers.